If you are an established or aspiring 360 feedback coach/ de-briefer or facilitating someone to receive 360 feedback. The following snippets and videos will provide all the knowledge and know-how needed to get it right.

Lumus360 have over 20 years experience of supporting people to receive 360 feedback in a way that makes it a great experience and adds real value. Check out our 360 feedback coaching/ facilitation service and the 360 training we provide for others

UNDERSTANDING THE NUMBERS WHEN DEBRIEFING A 360 DEGREE ASSESSMENT

I’m frequently asked – When debriefing a 360 degree assessment, how do you make sense of the detailed feedback/ read '360 feedback numbers'?

Regardless of the numerical format used – The following provides a framework for identifying some of the most common feedback scenarios/ patterns and how they can be interpreted.

Nasty Surprise – I think I’m good at this, but others do not agree

Nice Surprise – Others see me far better than I see myself

See the training we can provide to develop internal 360 feedback coaches.

RECEIVING 360 FEEDBACK THAT IS NEGATIVE

Receiving 360 feedback that is critical/ challenging/ negative/ can be upsetting, especially when it differs from the participants own perceptions and/ or is echoed by several people. But how they deal with it, is far more important than the content.

Use the following practical steps to support/ facilitate others to receive unfavourable 360 feedback in an objective and constructive way.

Encourage your coachee too...

See the development and training we provide for 360 feedback coaches.

In our experience the biggest differentiator between organisations that lever the power of 360 degree feedback and those that simply go through the motion, is the support participants receive to convert their feedback into meaningful development actions and how those goals are subsequently delivered against.

Use this framework to get 360 feedback coaching right:

The Line Manager-Direct Report relationship can create additional challenges for coaching 360 feedback. In addition to having the core coaching skills, being comfortable with the 360 reporting format, reading the numbers etc., it’s also important the following have been considered:

Whilst there are many ways of supporting Line Managers to become 360 feedback coaches the lumus360 line manager as 360 coaching workshop is a great first step.

RECEIVING 360 FEEDBACK – HOW TO MAKE THE MOST OF A REPORT

Six coaching steps for ensuring people make the most of their 360 feedback report:

One of the most effective ways of making sure that 360 degree assessments result in performance improvement, is to ensure that post 360 survey action/ development plans are monitored through line manager 1:2:1’s.

Involving line managers in the ‘follow through’ of actions has the following benefits – It:

Whilst the utilisation of line managers in this way sounds obvious, our experience indicates that it is not common practice.

From a pragmatic perspective, this approach works particularly well when the expectation that post 360 development plans will be shared with line managers, is established at the start of process.

Supporting participants to convert their feedback into a set of engaged actions is a key output of the 360 feedback process.

Last year, psychologist Prof Richard Wiseman tracked the lives of over 700 people as they attempted to achieve their New Year’s resolutions. Only 12% of participants achieved their resolution and by comparing the techniques used by successful and unsuccessful participants, Wiseman identified the following as key components in effectively achieving personal objectives:

How can you use the above to better facilitate your coachee’s follow through on their development goals?

360 degree assessments can provide the powerful insights and perception truths that make people sit up and really think about how they come across. As a 360 degree feedback coach, I’ve always been consciously aware of its potential negative power, particularly when feedback recipients start their feedback debriefing session from a vulnerable/unstable emotional place.

A couple of weeks ago I was coaching a senior manager through what was an above average report and it became apparent very early on that every line of the report was being read with a negative/emotional and unbalanced eye which wasn’t healthy. I drew the feedback session to an early close and afterwards it became clear that they had a lot of other things going on in their world and if we’d have continued at that time, the 360 degree feedback report (even though it was very good) could easily have been the ‘straw that broke the camels back’.

On reflection, the experience reinforced the need for 360 feedback facilitators to apply core coaching skills including:

Lumus360 run a very good workshop to train 360 feedback coaches how to 'get it right'.

I've found the following coaching questions a great way of supporting others to review their development progress in a balanced way whilst identifying how barriers to future success will be overcome:

HOW PARTICIPANTS SHOULD RESPOND TO 360 FEEDBACK FROM THEIR TEAM

I’ve just read an interesting blog from Marshall Goldsmith on turning 360 feedback into positive change.
He suggests that participants should follow up with their team using the following guidelines:

He also suggests following-up with the team every couple of months or so. For example, if the area for improvement was listening, the participant could ask, “After receiving my 360 feedback, I committed to becoming a better listener. Based upon my behaviour over the past two months, can you please give me a couple of suggestions that might help me become a better listener over the next two months?”

Simply comparing the numbers of a past 360 report with a recent survey in order to monitor and measure development progress doesn’t really work.

In order to maximise the benefits of doing a 360 degree feedback survey for a second/ third time, we suggest participants take the following approach:

New report – In order to avoid the temptation of doing a direct number comparison, we suggest participants initially work through their new report on its own (not in conjunction with your previous survey). Their key aim being to gain clarity about how their current leadership behaviours are received as opposed to focusing on how they have been ‘scored’.

The key questions they should ask:

Monitor/ measure progress Having drawn key conclusions from their second report, participants should then make some high level comparisons between the old and new report, aiming to answering the questions:

Celebrate successes – In addition to giving themselves a ‘pat on the back’ participants should also consider how the can share those successes with others in order to further build their brand/reputation; reinforce how they now work and demonstrate their commitment to continued development.

Where next? – The aim here is to pick out several areas for continued development and convert them into a set of specific development goals which include:

Lumus360 make the tracking of development progress over time easy with the use of our Comparative 360 feedback report.

Whilst it is widely accepted that 360 degree feedback can play a powerful part in the development of senior managers and leaders, simply participating in a 360 degree exercise does not guarantee results.

Our experience and research, obtained through working with over a quarter of a million 360 degree participants, confirms that a key differentiator between inconsequential 360 outcomes and positive performance acceleration is how the participant is supported to draw appropriate and balanced conclusions from their report and then convert these into a forward looking set of positive and meaningful development objectives.

360 degree feedback coaching is a performance focused, results orientated partnership that aims to support and facilitate the participant (coachee) to understand and accept the data and then maximise its value in terms of improved performance and their development growth.

They key outcomes of a typical 360 feedback coaching relationship would be for the participant to:

Did you know, Lumus360 can provide individual 360 feedback coaching and group feedback sessions

A framework for 360 feedback coaching sessions

Two coaching session of two hours each works well as this provides an opportunity for the coachee to reflect on their feedback and gain further clarification where needed before deciding on a call to action.

Supporting participants to make the most of their 360 report

Written to support coaches and their coachees 'get it right'. The following principles underpin how to debrief a 360 feedback report:

If you are implementing 360 feedback in your organisation and need to upskill your existing coaches to debrief 360 degree assessment reports, our Train the 360 coach workshop would be ideal.

A typical output of a 360 feedback debriefing session is for the participant to adapt or modify at least one leadership behaviour. However, studies show that less than 10% of us succeeded at creating deep and lasting behavioural change(!)

Some pragmatic things your coaches could try to greatly increase the likelihood of successful change are:

The Line Manager-Direct Report relationship can create additional challenges for facilitating 360 feedback. In addition to having the core coaching skills, being comfortable with the 360 reporting format, reading the numbers etc., it’s also important the following have been considered:

Whilst there are many ways of supporting Line Managers to become 360 feedback facilitators, the lumus360 line manager as 360 coaching workshop is a great first step.

How to change other people’s perceptions

A typical output for most people going through a 360 feedback exercise, is the desire to want to change one or more perception(s) that other people have of them. Changing other people’s perception isn’t easy… Confirmation bias, motivated reasoning and cognitive dissonance are all psychological terms for why we don’t like to change our minds!

It’s naive to think that simply changing a behaviour will shift the perception of others. If applied, the following 4 principles (based on sound psychological theories) will greatly increase the likely hood of the change:

Finally, have patience... whilst initial impressions may be made in the first 30 seconds, changing formulated perceptions can take months, so don’t expect results overnight.

Making the most of a 360 report

Six coaching steps for ensuring people make the most of their 360 feedback report: 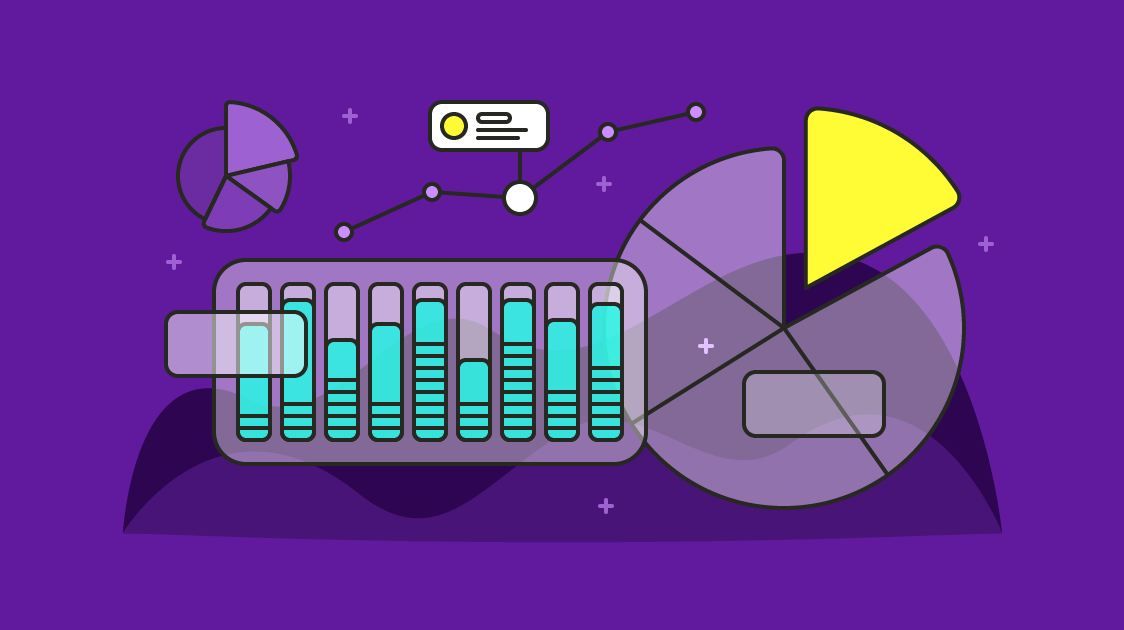 Debriefing a 360 degree assessment - Making sense of the numbers

Debriefing a 360 degree assessment? This article shares the most common rater patterns and their interpretation. 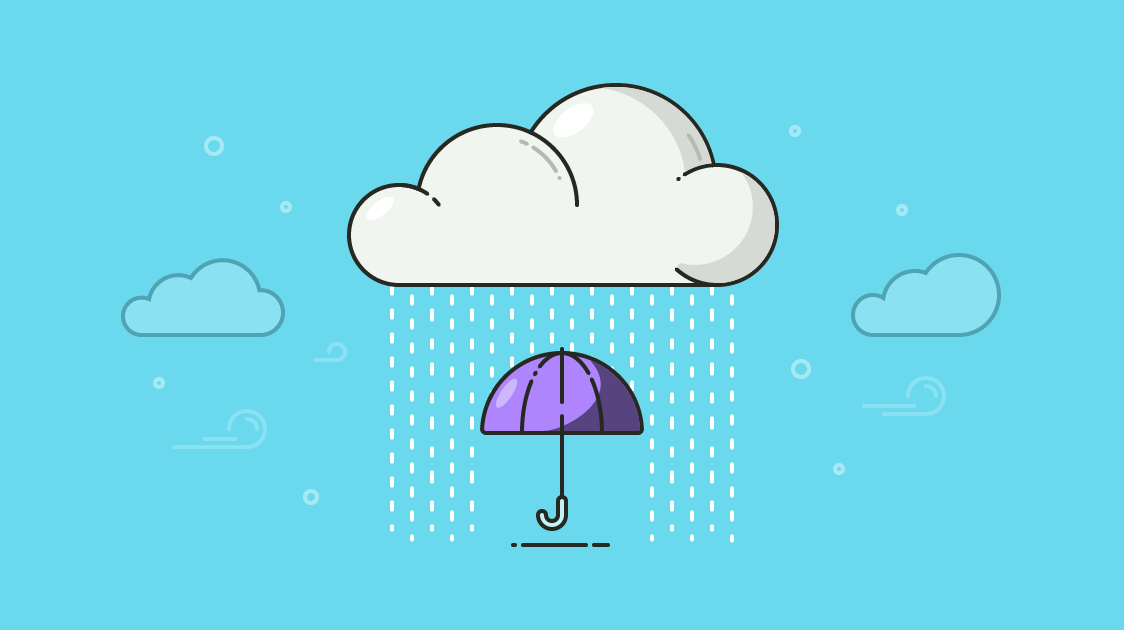 Receiving 360 feedback that is critical/ challenging can be difficult. The following 4 practical coaching tips will make all the difference...

A useful framework for getting 360 feedback coaching right... 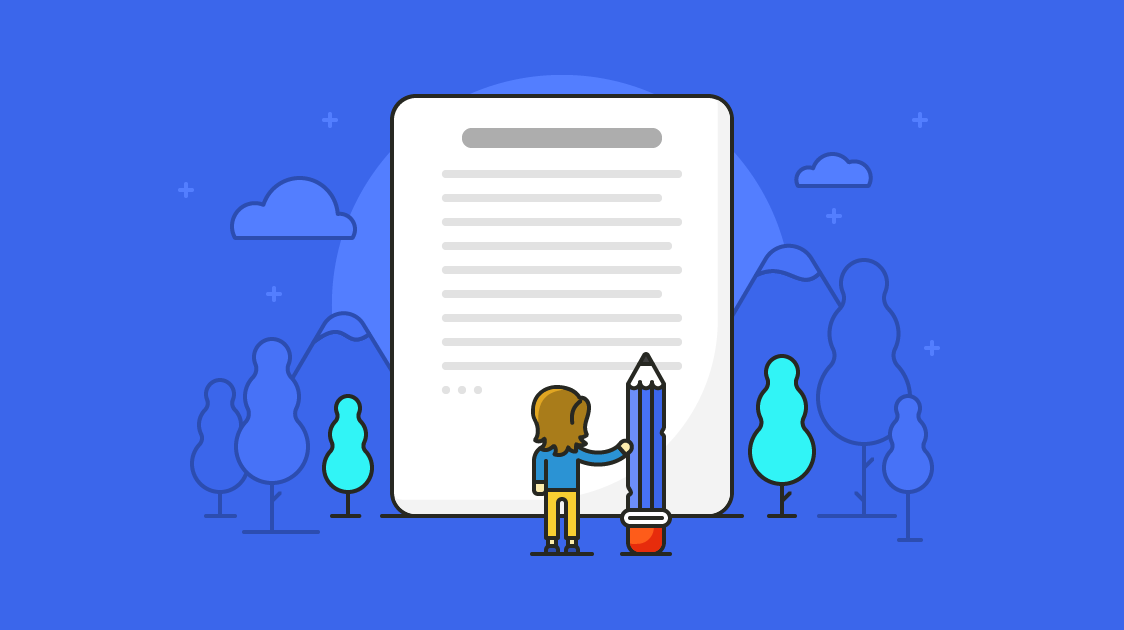 Receiving 360 feedback - Our six step coaching approach to ensure participants get the most out of their 360 feedback report... 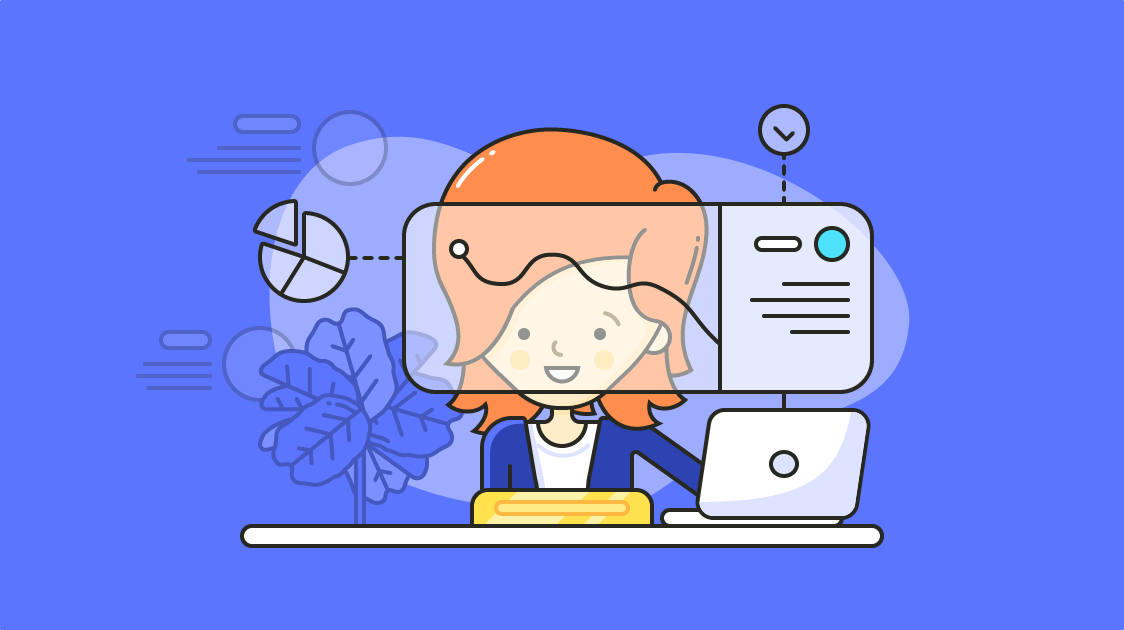 The importance of Line Managers in the 360 degree assessment process

How to use Line Managers in the 360 degree assessment process to ensure development feedback leads to performance improvement... 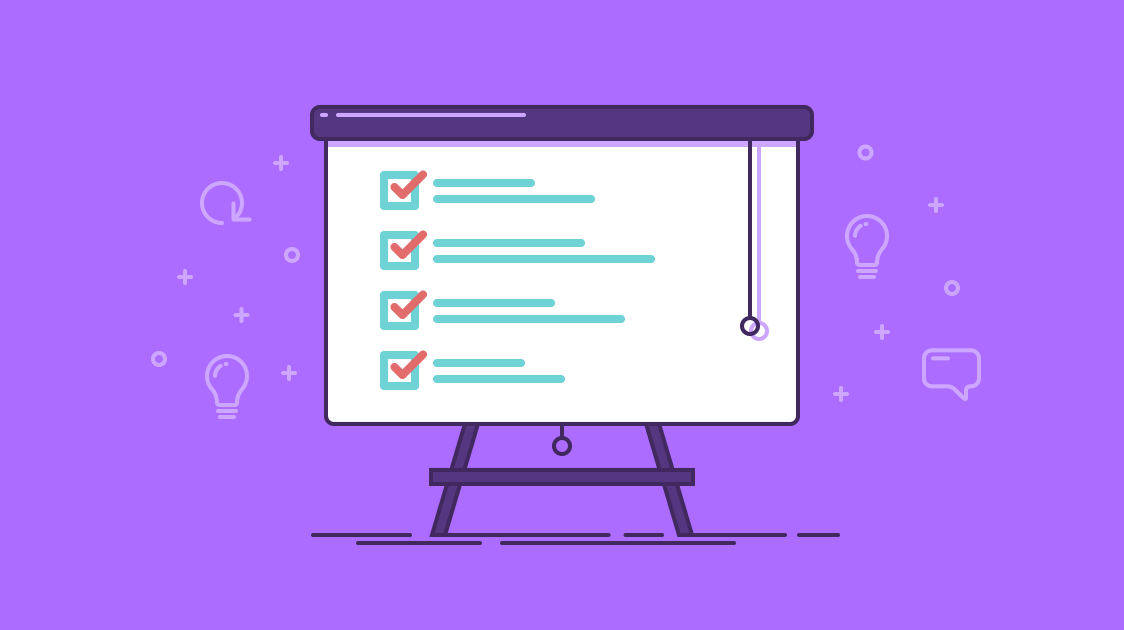 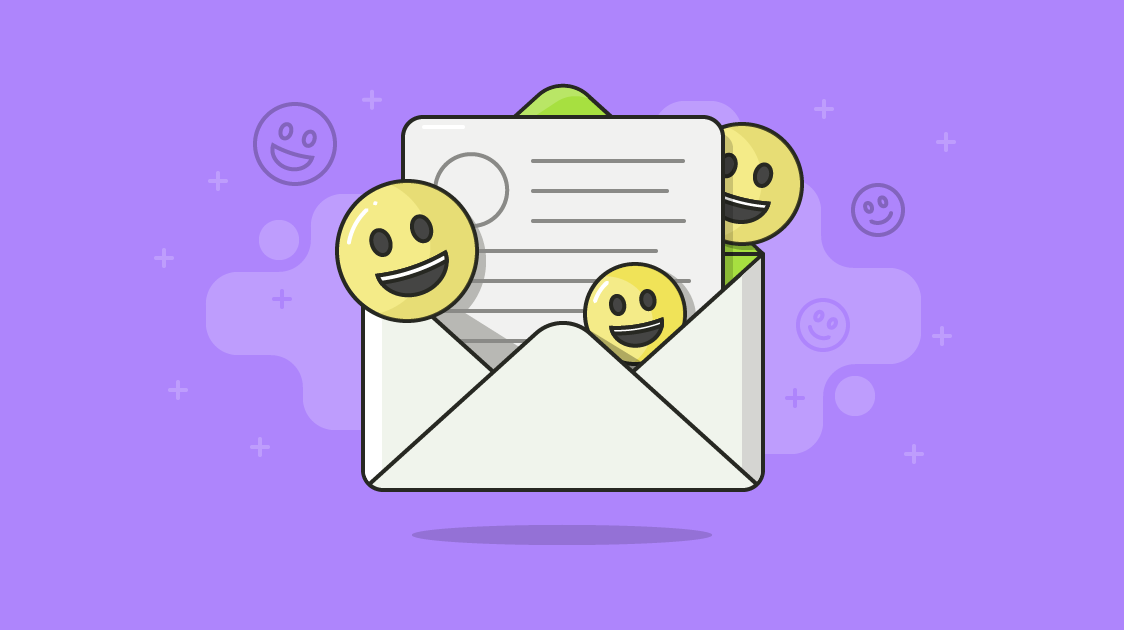 Where Emotional Awareness (EI) fits in debriefing a 360 degree assessment... 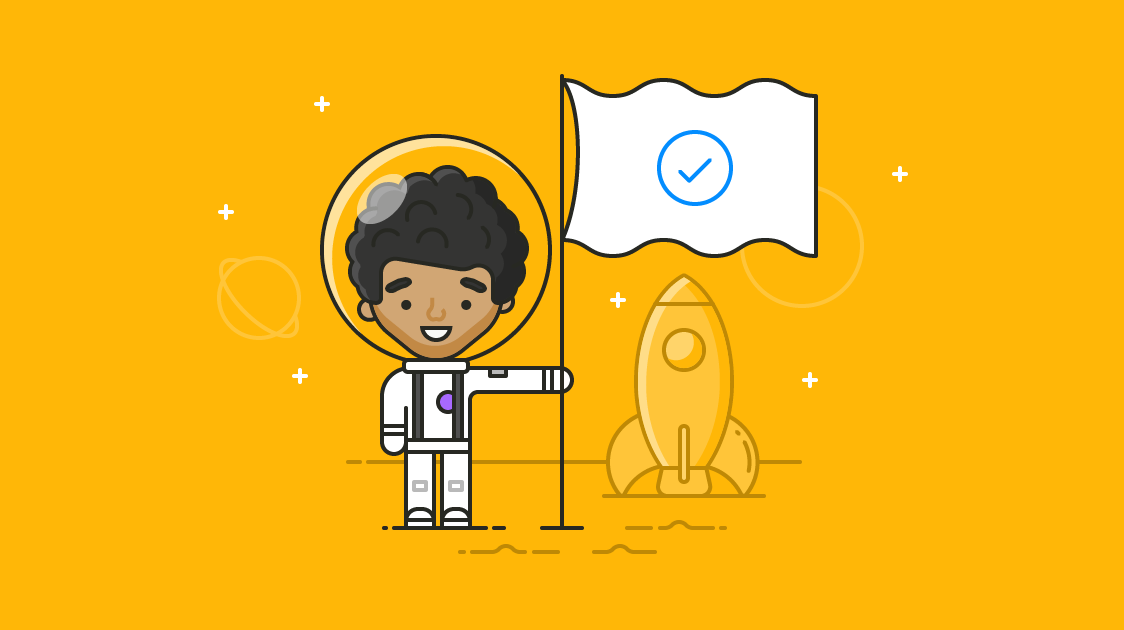 The key coaching questions to ask when reviewing development progress... 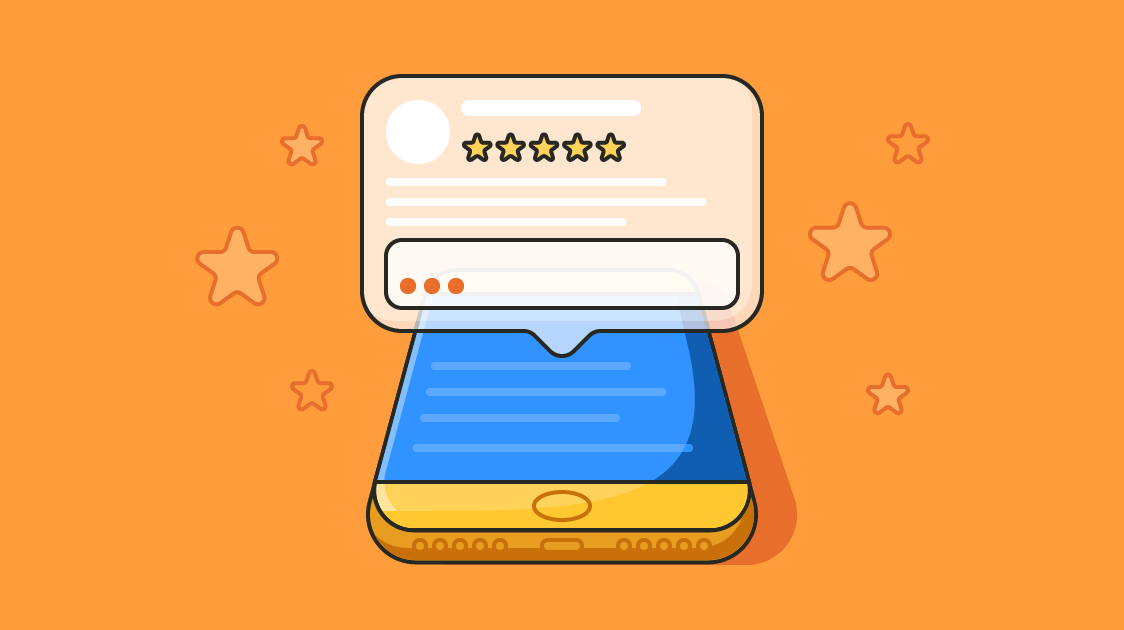 The backbone/ foundation principles for getting 360 feedback coaching right... 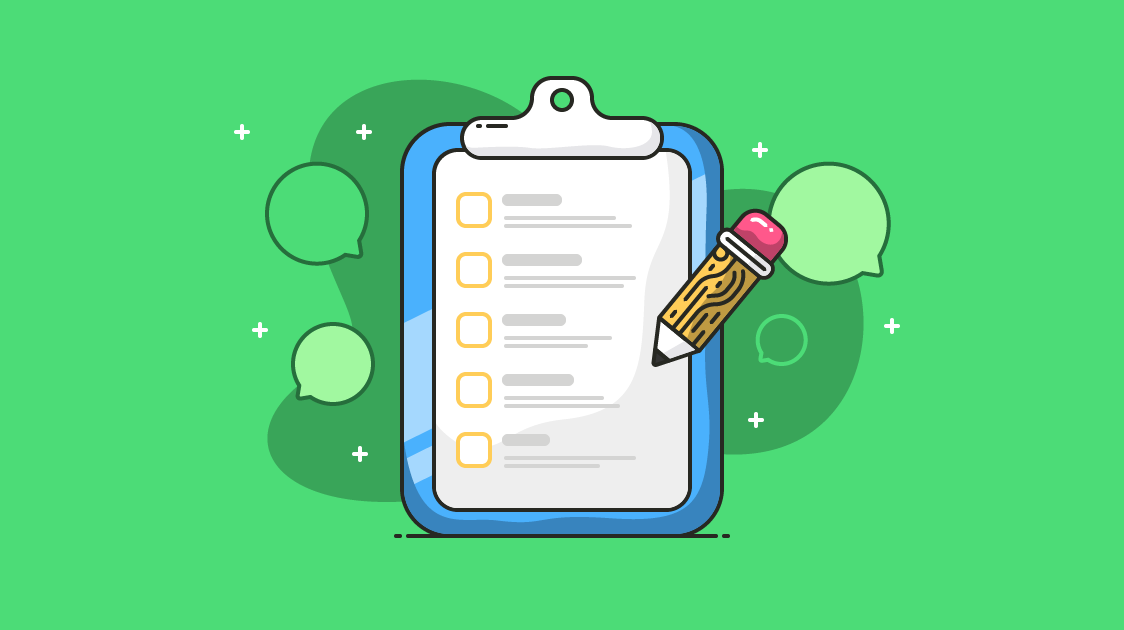 Video – How to read/ interpret a 360 feedback report

How to make sense of the numbers and draw key messages out of 360 feedback reports... 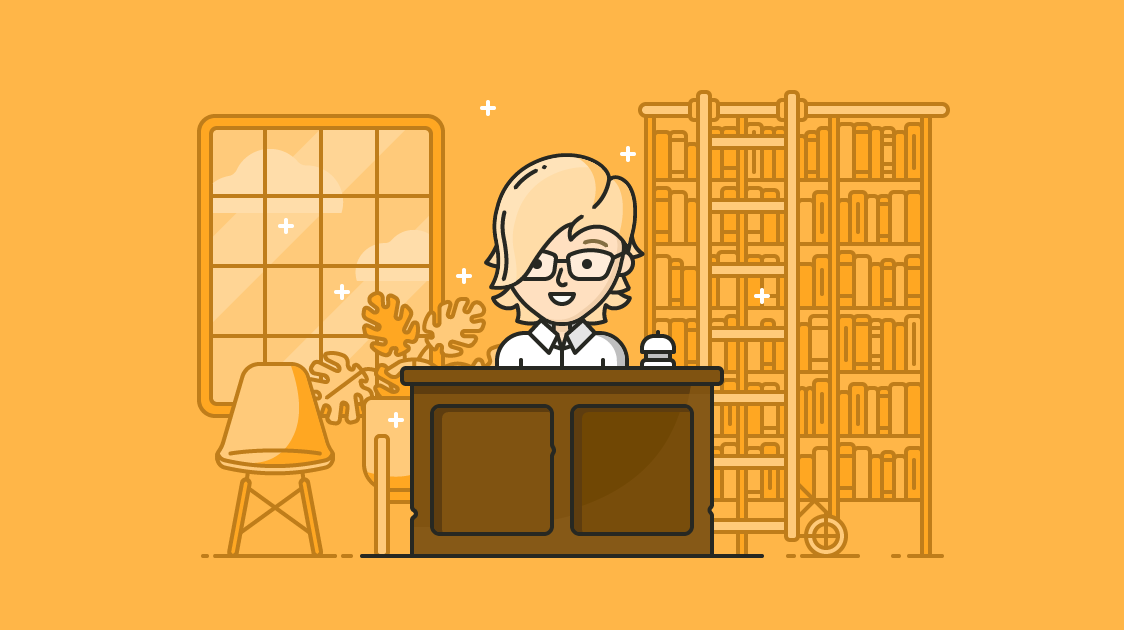 Why 360 feedback coaching and what it aims to achieve... 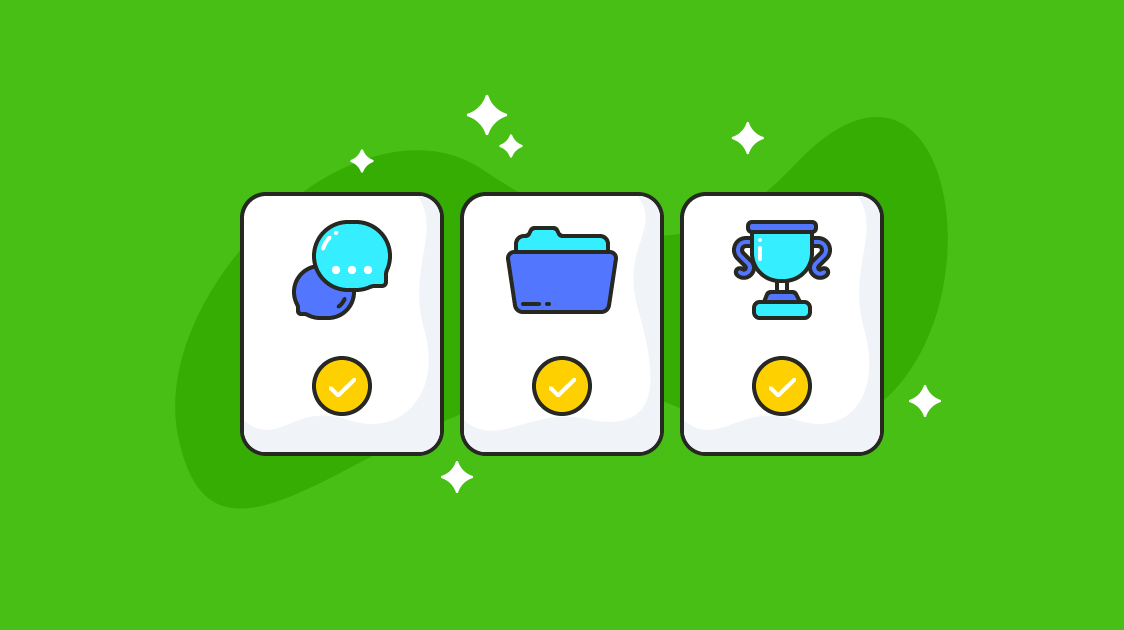 A framework for 360 feedback coaching sessions 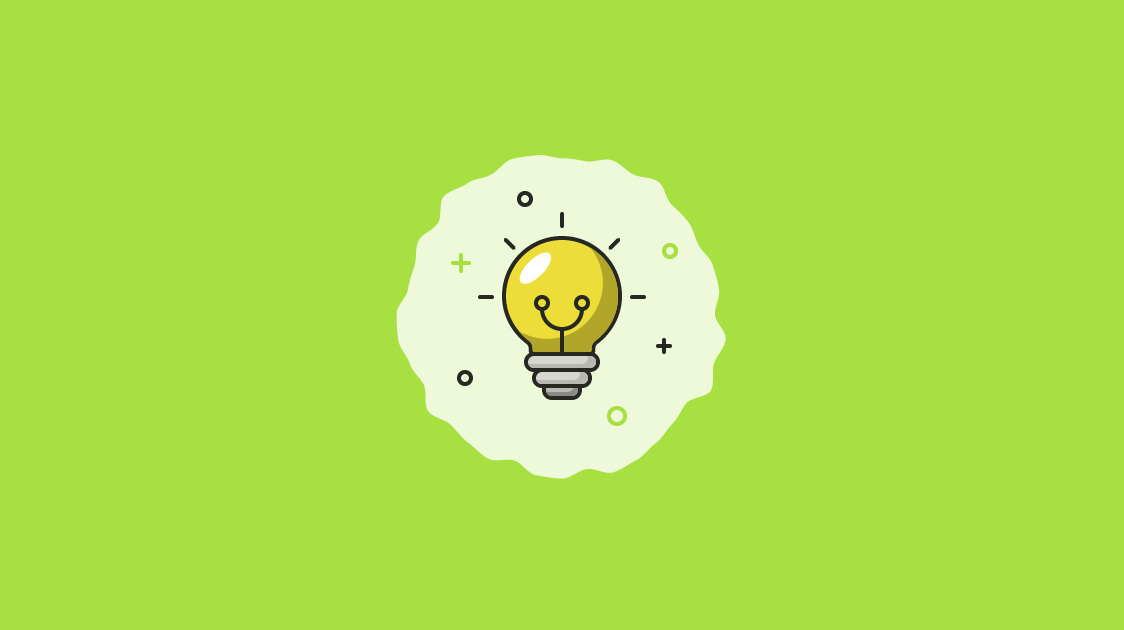 If you are a coach involved in debriefing 360 degree assessments then these principles are a must read ..

How to ensure your 360 feedback debriefing sessions result in lasting behavioural change. 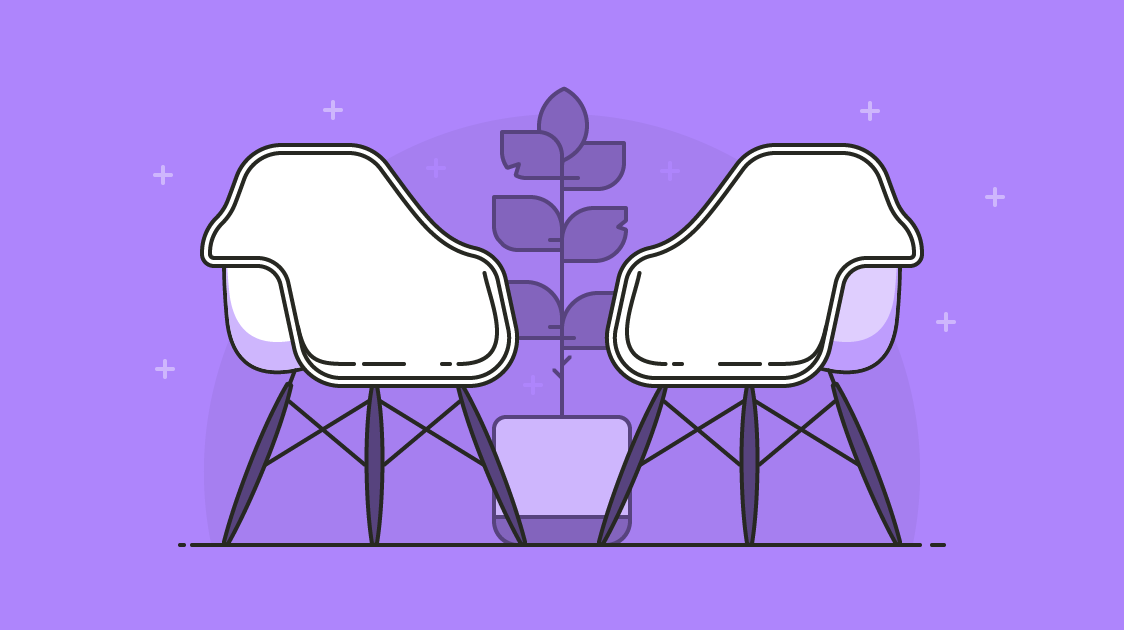 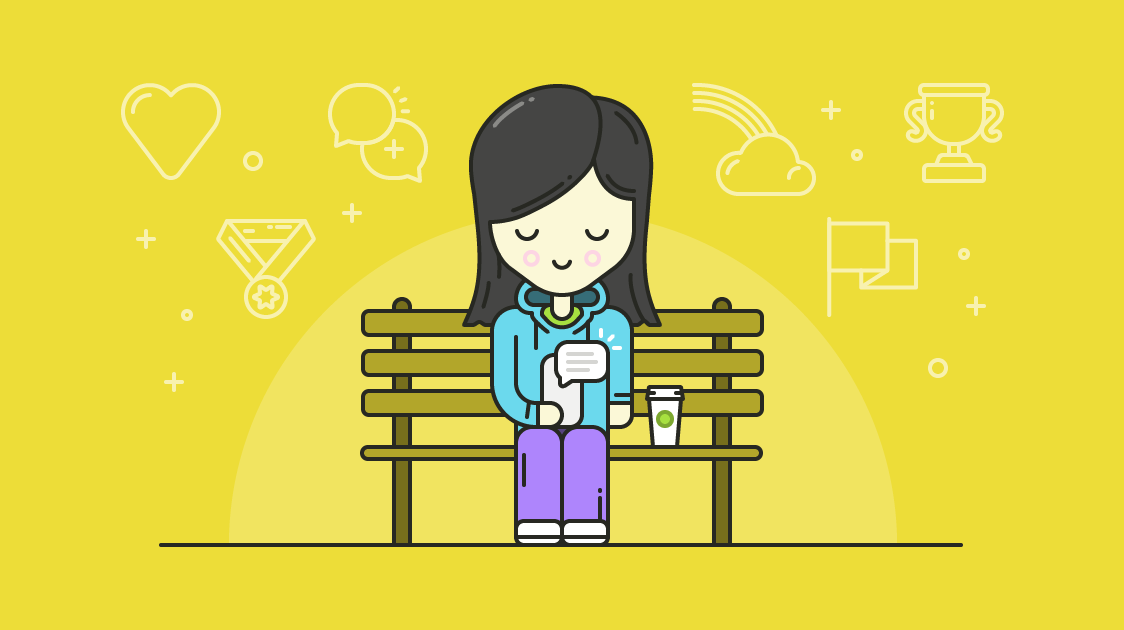 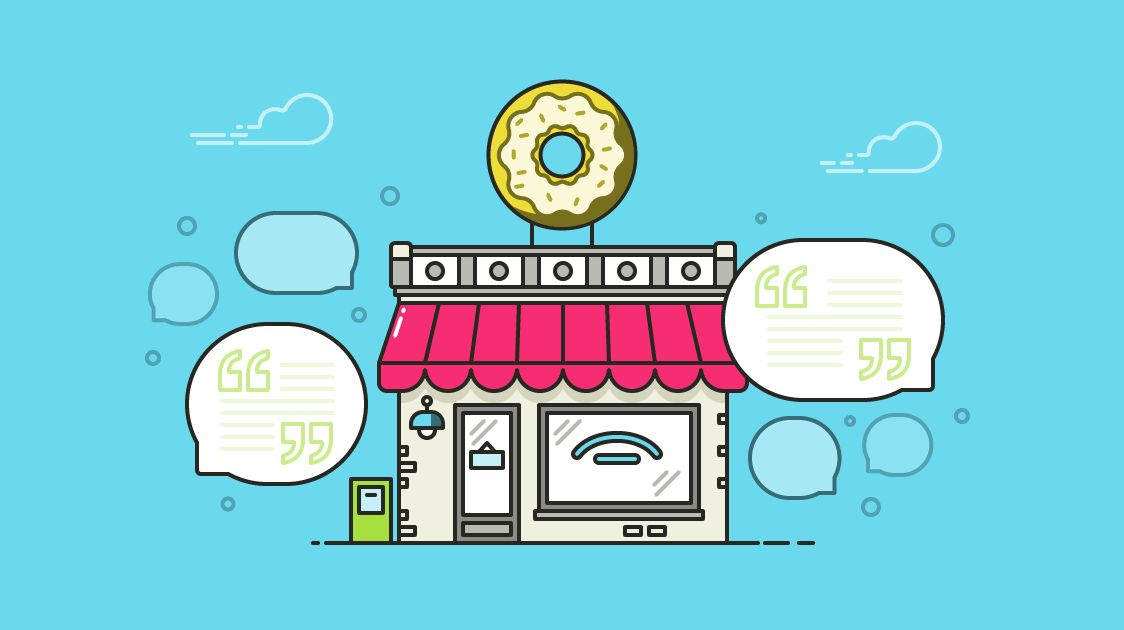 Making the most of a 360 report

The 6 obstacles/ challenges, Line Managers face when coaching their Direct Reports through their 360 feedback report.